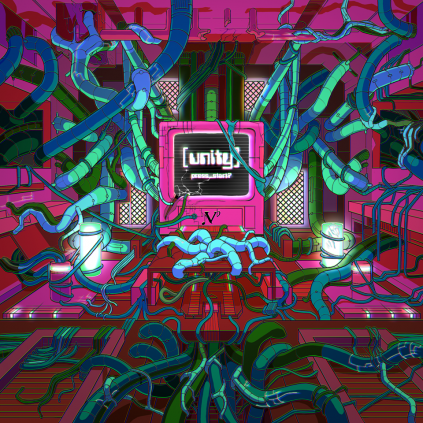 Music Composition MFA student Devin Barone has recently released his album [unity]. A concept album about an artificial intelligence having a mental breakdown, [unity] includes tracks that have been featured at the electronic showcase, and was created while Devin was studying under Don DiNicola. 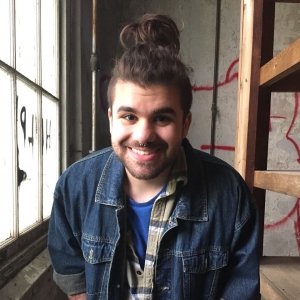 The album incorporates a wildly varying, yet cohesive array of styles. It incorporates glitchy chiptune, prog rock, and acid jazz as it wanders through the breakdown of an AI named Xorn.

Barone wanted to explore video game music styles, with glitches incorporated into the music itself. After attempts at live performances proved tricky, Devin decided to take it to the studio. “It lead to some performance issues, which made me decide on making this electronic to see how far I could push the idea.”

The character arc itself is something that’s very personal to Devin. “The trajectory of the album was always a descent into madness and the AI part of it came from wanting to focus on the character/attitude that I felt I captured in the track ‘Xorn’ itself. Xorn is a very distorted self projection, and represents both my issues as a musician and as a person in general, with the glitches being a personification of those issues…Some of the pieces are almost direct reactions to things I was dealing with at the time.”

While he’s certainly poured himself into the album this semester, he’s been working on it for even longer. Devin’s been crafting the work for the last 9 months. The album is driven by motivic development and a style that captures just the right emotional space. “To make the glitches speak and feel musical I really had to make sure that they followed the right gesture; it lead to feeling like I was almost making it talk”.