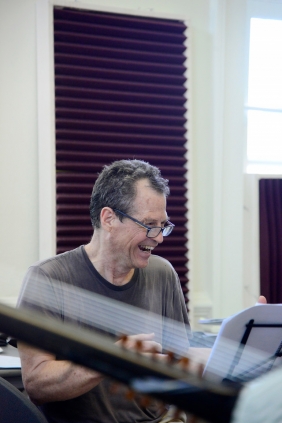 VCFA alum Robert Hart (‘16) provided the score for Annette Cyr’s latest short film BLINDNESS. The film is set to be featured at the 2018 Festival de Cannes Short Film Corner in May, with Robert and Annette in attendance. The film was previously featured at the San Diego Film Week in March.

Blindness follows a painter as she struggles to finish her work for an upcoming exhibition, amidst the discovery that she may be going blind. The film explores blindness of many kinds, and has been called “a small gem of compassion.” Hart and Cyr are a husband and wife team who have collaborated several times previously, including on the short film EVANGELINE, inspired by the Longfellow poem of the same name.

Hart is a composer with a deep artistic mind and a sensitive, yet playful sense of atmosphere. His music is a keen counterpart to Cyr’s contemplative, compassionate films.