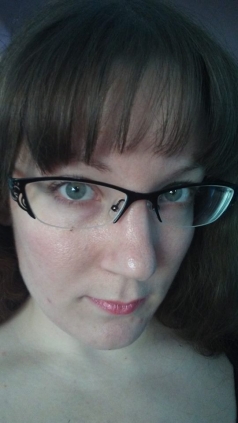 Amanda Laven (August ’16) is having a fantastically busy year. First off, she’s been doing some scoring work for Battleground Productions. Their multi-platform steampunk adventure serial BRASS is entering its second season. Laven has come aboard to do scoring work for both the podcast and the accompanying short film.

The series follows the adventures of the Brass family, a quartet of Victorian scientific geniuses, as they uncover a conspiracy against them. You can find the show here, and the comic short film “BRASS: The Kinesigraph” here. The archive shows episodes in reverse order, and Amanda’s work begins with Episode 11.

In addition to her scoring work, Laven recently secured a conference scholarship. She’ll be attending the Game Developers’ Conference under the auspices of the Audio Mentoring Project. She’s also participated in her first commercial album release through Materia Collective. Materia Collective is a video game music record label that several other VCFA alum participate in. Her track “The Secret Trance” appears on Future Dance Land: An Electronic Tribute to Diddy Kong Racing. You can find that album here.

For more of Amanda’s work, find her on Soundcloud. Or, it would seem, just about everywhere you look.Best Sneakers | Trending