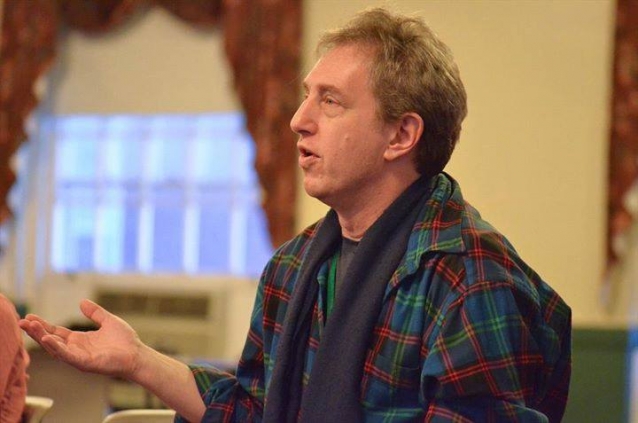 Faculty member Rick Baitz is currently celebrating the opening of three museum exhibits that feature his work, all of which can be found at the newly opened Mississippi Civil Rights Museum in Jackson.

Rick Baitz wears many hats. As an educator, he’s a professor at VCFA. He’s also served a couple of terms as faculty chair. Outside of VCFA, he runs a film scoring workshop for BMI. He’s also a prolific composer of concert works and scores, known for several documentaries for PBS and HBO. Lately he’s turned towards museum installations.

Baitz began his relationship with Monadnock Media by scoring 24 Hours That Changed History for the Franklin Delano Roosevelt Presidential Library and Museum. Monadnock puts together large-scale media rooms and unique films for multi-faceted screens for museums across the country. As the opening of the Mississippi Civil Rights Museum neared, they approached him to score three more of their exhibits, Emmett Till, Freedom Summer, and Why We March. The museum recently opened in December.  It’s already making headlines for its refusal to back down from the ugly truths about our nation’s history — and its present.

Emmet Till recounts the story of the kidnapping and murder of a 14-year-old boy who was visiting rural Mississippi. The national outrage surrounding the incident was part of what sparked the momentum of the civil rights movement as we understand it today. Freedom Summer tells the story of the summer of 1964, as members of the SNCC recount the trials and triumphs during one of the most tumultuous periods of recent history. Both documentaries are narrated by Oprah Winfrey.

In addition to his work on the exhibit itself, he was asked to write for New Music USA’s NewMusicBox about his process. (Frank J. Oteri, co-editor of NewMusicBox, is a recurring visitor at VCFA’s music composition residencies.) To that end, Baitz has written three articles thus far. “Requited Music: Anatomy of a Scoring Gig” tells the story behind the Civil Rights Museum work, as well as his compositional approach to the pieces. “Tearing Down the Wall” is an autobiographical piece about his journey to music composition. And “Becoming Real” tells the story of crisis moments in his career, using his work for HBO’s Vagina Monologues documentary as a launching point.Authentic Nike Sneakers | Nike