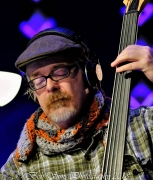 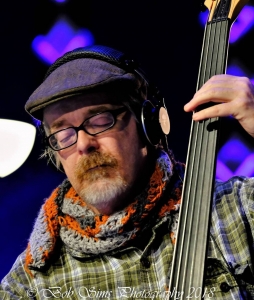 Approximately 2 1/2 years ago, this newly-minted 60-year-old student stood on stage at the Vermont College of Fine Arts to receive his Masters Degree in Music Composition. It was a time of reflection – this was probably the last formal education I would receive. After all, I WAS 60 years old, at a time in life when retirement is considered the norm, not going back to school.

So why DID I go back to school to get a grad degree at the age of 58? There are two reasons that came to mind readily and one more reason which has become the overriding reason. The first reason for me was simple… I was intrigued. I am primarily self-taught as a musician (aside from a 6 month stay at the Armed Forces School of Music). Do I actually know enough to get into a program like this? I had my doubts. The second reason was akin to the first – where do I fit into the musical food chain? I have been a big fish in a series of small ponds my entire life. What would happen when I got into a bigger pond? Can I hang with the cats in Vermont? I have been a musician ever since I can remember, and self-employed as a full-time musician since 2002. What would happen when I got to VCFA?

So glad you asked.

In short, I found out that I could indeed hang with those wunderkinds up there in Vermont. Not surprisingly, I wasn’t even CLOSE to being the big dog on the porch, but at least I was on the porch. That was enough. What WAS surprising was that I didn’t really learn anything new MUSICALLY  – if you are simply talking about notes, music theory, and the like. What DID happen was that I was introduced to the fine art of discovery in music. I discovered my “process” (being able to turn on inspiration – or get my muse to come out and play). I discovered that the music I write is worth defending (thank you Diane Moser and Roger Zahab) and that it wasn’t a sin to believe in myself and the music I write. I re-discovered that music is the art of self-expression, not a contest between musicians. I am not a Margie or a Garrett (two of my youngish new and wonderful VCFA friends – both incredibly talented and beautiful human beings)… but then again – they ain’t me. I discovered that I REALLY loved choral music – especially that from the late Medieval or early Renaissance. Who cares that nobody is writing that way anymore – I embraced my new obsession and it found its way into each of my VCFA-related compositions. Finally, I can say I discovered a renewed passion for music that has since surprised me with its intensity. Every day I wake up and look for a moment or two when I can write something musical. Every day… For the last 2 1/2 years since graduating… I have several projects in the wings right now that I cannot wait to get started on. This last year has seen me write the music for two dance school programs, a short film, along with the odd string quartet or two, and an experiment with writing hymns.

So now we come to the over-riding reason for my attending VCFA at what is probably the waning years of my musical career. It’s a simple reason. Perhaps it is the most profound reason. I love music. I love all things music. After 50+ years as a musician, I…love…music. And in the end, that is still what drives me. I love nothing more than to sit down in front of a blank piece of score paper, and ask that piece of paper… “I wonder what’s going to happen NOW?”

Someone asked me since I graduated “Do you regret not doing this sooner?” I thought briefly and responded “Nope. VCFA came at just the right time. It’s the perfect capstone for my career in music.” You see, being an elder citizen had prepared me for the diversity I found in this school. Having a half-century of music experience under my belt prior to VCFA gave me a musical context that allowed me to truly enjoy my stay there.