August 2017 graduate Kyle Pederson has found success with his recent piece “Can We Sing the Darkness to Light”. The piece was recently performed by the prestigious St. Olaf Chapel Choir. St. Olaf is a premiere liberal arts college, particularly noted for their music program. The Chapel Choir is part of a long, grand tradition of choral music at St. Olaf’s, and performs for worship services, the St. Olaf Christmas Festival, and more. Their work has been broadcast nationally in cinemas, TV, and radio. You can watch the performance below:

In addition to the performance Walton Music has picked up the piece for publication. Walton Music was founded by Norman Luboff to publish his own works back in 1950. In publishing with them, Kyle joins a pantheon of composers that includes the likes of Ola Gjeilo and Eric Whitacre.

Music represents a second life for Pederson. He began working as a teacher, before founding a company called Learner’s Edge, dedicated to helping teachers improve their craft. With Learner’s Edge a success, he transitioned away from managing the company and into full-time composition. He has already developed a reputation for his gorgeous harmonies and canny marriage of music to text. This publication is sure to be just the first of many. You can hear more of his work here.bridge media | Nike Dunk – Collection – Sb-roscoff 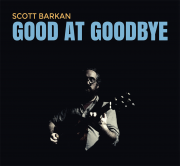 Resident VCFA troubador Scott Barkan has released his long-awaited follow-up to Flightless Bird. The album, Good at Goodbye, is “an intensely personal self examination coinciding with the end of a 10 year relationship and many other seismic life changes.” The album is a 10 track tour de force, and represents the culmination of his work at VCFA in a lot of ways. The synthesis of indie rock, jazz, folk, pop, and avant-garde improvisation is something that he spent a lot of time at VCFA working on leading up to his August 2016 graduation. Many of the songs heard on the record were heard previously in evening concerts at the school.

He released the album on October 25. You can purchase it on a pay-what-you-want basis here, on Bandcamp.

The new record isn’t his only iron in the fire right now. Scott is a sought-after session and touring guitarist. He just wrapped up a national tour with singer-songwriter Marian Call in support of her new album, Standing Stones. (You can hear his guitar work on the album itself.)

Barkan is also an Adjunct Professor of Songwriting and Music Technology at Rowan University. He teaches Songwriting, History of Pop, and Audio Recording in their Music Industry department. Teaching is a newer journey for him, one that opened up as a result of his MFA.